What is Abyssal Deadspace ?

Abyssal Deadspace is a isolated hidden type of space that can be accessed via filamets. When you use a filament, you will be gatet into a unknown Space Location. Each Kind of these Space Locations are based on three rooms. Every room has a gate which will only be opend if all enemys in the room are destroyed. The main problem, you have to escape within 20 minutes. If you cant complete all of the three rooms within 20 minutes, the Warpfield collapses and your Ship and POD will be destropyed.

Basicly there are five types of difficulties which will called Tiers and types of Environment Effects that are called Weather. Weathers have one Bonus and one penalty Effect. The Tiers are regulating how many enemys you will find in a room, and how strong the penalty will take effect to you. Also the Filaments that you will lead you into a Abyssal Deadspace Environment will tell you, what Tier and Weather effect you will enter if you use it.

There are 2 types of Loot Containers which will gain loot. The main loot will always be called Triglavian Bioadaptive Chache. this Chache Node contains things like BPC´s, Faction BPC´s, Filaments, Skill Books, Multiplasmids, Modules, Faction modules and Industrial materials. One Triglavian Bioadaptive Cache can contain hundrets of millions ISK. The amount of Loot is based scales with the Tier Level you run and also scales up when youre running Abyssal Deadspace with a Fleet.

There is a second type of Node which you can obtain loot from. Its called Triglavian Extraction Node. Mostly there just containign Filaments and Industrial Stuff.

There are 3 types of Clouds which will put a Penalty to you if your flying in the area of effect.

Playing EVE since 2007 Tyshaya started with basic stuff. Later on she had some nullsec expirience but  stoped playing EVE for private reasons. In 2011 Tyshaya started to begin highsec Mission Running. Exploration and industrial stuff. she´s always looking for intressting new ways of making ISK and enjoing the PVE Content of EVE. 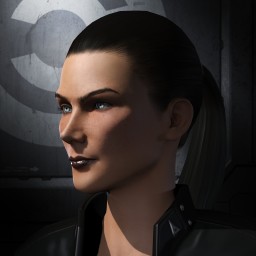